“I have met fish in many aspects. As Secretary of Commerce I dealt with their economic aspects. If anyone wants to know the need, the method or the urgency of conservation, I refer him to my reports of that time. They indicate the importance of fish in relation to food and employment, including the hotels, auto camps, and tackle makers. 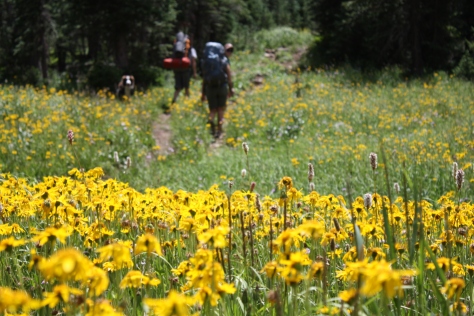 But my emotional interest in fish, man and boy over seventy years, has been other aspects of this industry-which are also important.

The human animal originally came from out-of-doors. When spring begins to move in his bones, he just must get out again. Moreover, as civilization, cement pavements, office buildings, radios have overwhelmed us, the need for regeneration has increased, and the impulses are even stronger.

When all the routines and details and the human bores get on our nerves, we just yearn to go away from here to somewhere else. To go fishing is a sound, a valid, and an accepted reason for an escape. It requires no explanation. 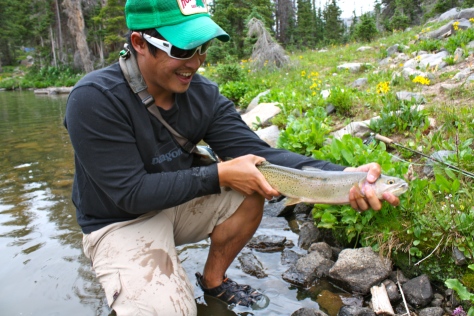 Nor is it the fish we get that counts. We could buy them in the market for mere silver at one percent of the cost.

It is the chance to wash one’s soul with pure air, with the rush of the brook, or with the shimmer of the sun on blue water. It brings meekness and inspiration from the decency of nature, charity toward tackle makers, patience toward fish, a mockery of profits and egos, a quieting of hate, a rejoicing that you do not have to decide a darned thing until next week.

And it is discipline in the equality of men-for all men are equal before fish. And the contemplation of the water, the forest, and mountains soothes our troubles, shames our wickedness, and inspires us to esteem our fellowmen-especially other fishermen. 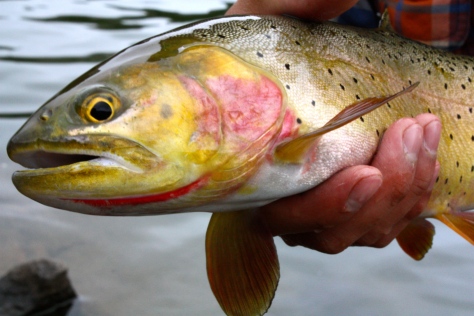 And the aspects of this sport have progressed with the march of civilization. Not only in improved tackle, but from spitting on the bait for magic and incantations, we have moved forward to cosmetics for artificial flies and wonders in special clothes and bags with pigeonholes for everything, including the mosquito repellents. We no longer call it a “pole,” for it is a “rod”; and we no longer say that a fish “bites,” he now “strikes.”

Nor is fishing a rich man’s regeneration. That boy with the worm and a grin is always a reminder that men are equal before fish.

Moreover, while we are steadily organizing increased production of leisure time, the production of what to do with it still lags greatly. And the more leisure, the more crime. We have great machinery for joy, some of it destructive, some of it synthetic, much of it mass production. We go to chain theaters and movies. We watch somebody else knock a ball over the fence or kick it over the goal post.

I do that and I believe in it. But these forms of organized joy are sadly lacking in the beatitudes which surround the fish. We gain none of the lift of soul coming from a return to the solemnity, the calm, and the inspiration of primitive nature. Furthermore, no one commits crime while fishing.” – Hebert Hoover, September 1951