Before making the big move North to the island of Hokkaido with the hopes of more consistent snowfall and a deeper snowpack (which was instead met with rain), we stopped to see the snow monkeys at Jurokudani before leaving the area.

While the toll roads here are nice and provide a fast, direct way to your destination, they are very expensive. An hour on the toll roads can easily rack up $20 USD in fees. We’ve used them in moderation, mainly when the non-tolled route seems like too much of a hassle or takes significantly longer.

Another benefit of not taking the toll road is that you actually get to see the Japanese countryside. The drive from the Nagano area to the port city of Aomori, where we planned to catch the ferry to Hokkaido, took us thru small fishing communities along the Western coastline of Japan. In contrast, the interior of Hokkaido closely resembles that of the Western U.S. with vineyards and dairy farms surrounded by mountains. 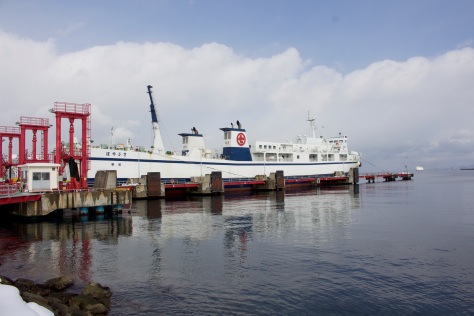 After a 4-hour ferry ride, we checked out the Red Brick Warehouse district in Hakodate. The warehouses were originally built in 1907 and now host a collection of shops, food markets, and cafes. 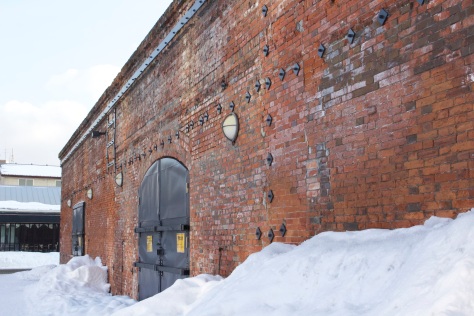 We made our way to Niseko that evening and planned to ski the backcountry by the resort the next day. However, the weather decided to close the upper lifts of the mountain and subsequently the backcountry gates from the resort would be inaccessible. With the forecast calling for high winds the next several days, we opted for two days of touring around Mt. Yotei instead.